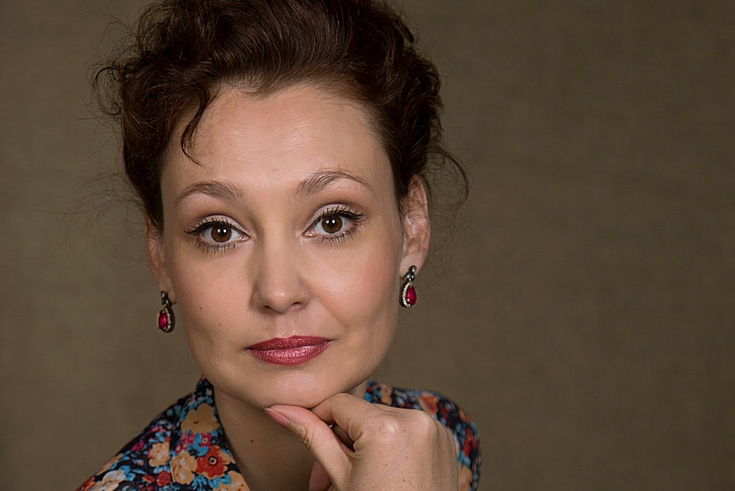 Graduated from the Tashkent State Institute of Theatrical Arts – “Theatre and Cinema Actor” faculty (master of the course – N. Abdurakhmanov) at 1996.
Works at the Youth Theater of Uzbekistan since 1993.
Currently stars in numerous on-going productions of the theatre’s repertoire.
The list of roles counts near to 50 characters of most various genres.

V.Vasileva as an art-manager of a theatre festival, successfully manages discovering of shows and organizing their participation in festival programs as well as of various master-classes and international projects’ development and their further accomplishment.

She successfully works as a costume designer for many productions of the theatre, and a number of collaborative international productions too. Her records of service include 16 productions in Tashkent, 2 in Israel and 2 in Russia.

The actress shares her rich experience and mastership to young generations of performers by serving as a pedagogue of the School-Studio of Dramatic Arts at the Youth Theatre of Uzbekistan.
She has got an experience of working both on theater stage, cinema and television screens.
One of the highlights of her cinematic career is the leading role in the S. Nazarmukhamedov movie “In Sleep I Cry Bitterly”.
Her work on television is marked with a hosting and co-authoring a special program for women “Between Us” in a span of 2 years.

RESUME (as an actress):

RESUME (as a costume designer):