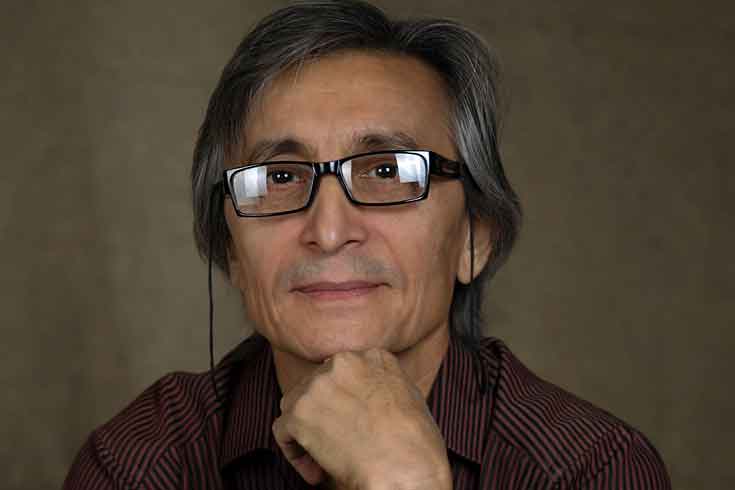 Nabi Abdurakhmanov is formerly (1991–2016) the Artistic Director of The State Youth Theatre of Uzbekistan and its International Theatre Festival. Mr. Abdurakhmanov has garnered numerous international prizes, and critical acclaim for his groundbreaking theatrical work. Mr. Abdurakhmanov was a Professor of Acting and Directing at the Tashkent Arts and Culture Institute since 1980, and Chairman of the Uzbek Center of International Association of Theatres for Children and Youth since 1997. He holds the highest State Awards for Art in both Uzbekistan and Russia. Other prizes include: Honored Worker of Arts of Uzbekistan, Knight of Pushkin Medal – The State Award of Russia.

As a professor of theatre arts, Abdurakhmanov’s work stems from the Theatre School of Stanislavsky, but incorporates core aspects of Grotowski, Brecht, Vakhtangov and other theatrical lineages to create an original acting mythology. He has taught acting and directing, directed and given master classes in prominent theatre schools in Uzbekistan, Russia, Germany, and Israel. He was a professor of State Arts and Culture Institute of Uzbekistan, and founder of the School-Studio of Dramatic Arts, which provides continual training for professional actors in Tashkent. He has his own style of acting and directing of teaching which gives students a skill for gaining great theatre achievements.

Since 2016 lives in the USA and has given master classes and done productions in Stella Adler Studio (Phaeton by M.Milligan), NYU Tisch School of the Arts (Three Sisters by A.Chekhov) and York College of CUNY.

In 2018, together with his wife, Actress and Costume Designer Vassa Vasileva, he founded the ESSENCE Theatre-Studio, based in Brooklyn, NY. as well as the TRIUMPH Children's Acting Studio in collaboration with Davidzon Radio of New York.

Some quotes from articles and theatre figures’ opinions:

Artistic Director of the Youth theatre of Uzbekistan Nabi Abdurakhmanov is a born theatrical person. Today he is one of the famous and original artistic directors on the modern Uzbek stage.
Basing his work on the theatre school of Stanislavsky, he takes it as a starting point in his bold experiments. Incredible hardworking and inborn talent helps him to create remarkable performance of many different genres both on the stage of the theatre in Tashkent and abroad.
The director is not afraid of challenging. In his performances you can find a logical and precisely arranged system created on his own, which touches the figurativeness, symbolic, mysticism and `gives birth` to the “theatre that has no falsity”, poet Timur Zulfikarov said. His performance are “the real Magic of the Theatre”.

Timur Zulfikarov (famous Russian poet and writer, winner of the Collets International Prize for the best European novel of 1993):
“I touched the theatre that has no falsity. In our time it happens very rare and characterizes the real art. No everyone is capable of living on the stage like this, giving himself so fanatically to his work…”

Valery Podgorodinskiy (theatre critic, Moscow, Russia):
“We faced hereby with serious, subtle and talented group, for which a Theatre is a Temple”

Nora Kutateladze (theatre critic, the International Confederation of Theatrical Unions, Moscow):
“The existence of such theatre, as the Youth Theatre of Uzbekistan is the highest achievement of culture in Uzbekistan! How the country can be proud that there is a such remarkable theare – theatre of Nabi Abdurakhmanov”

Boris Tuch (theatre critic, Tallinn, Estonia):
“If I remember all performance of Youth Theatre of Uzbekistan, which I’ve seen, I have every reason to say that this theatre has its independent artistic and aesthetic direction on which goes the theatre!”

Lara Garon (theatre critic, St. Peterburg):
“During the performance, such names as Paradjanov, Tarkovskiy came to my mind. The director Abdurakhmanov, doubtlessly, on the same level as these unique artist…”