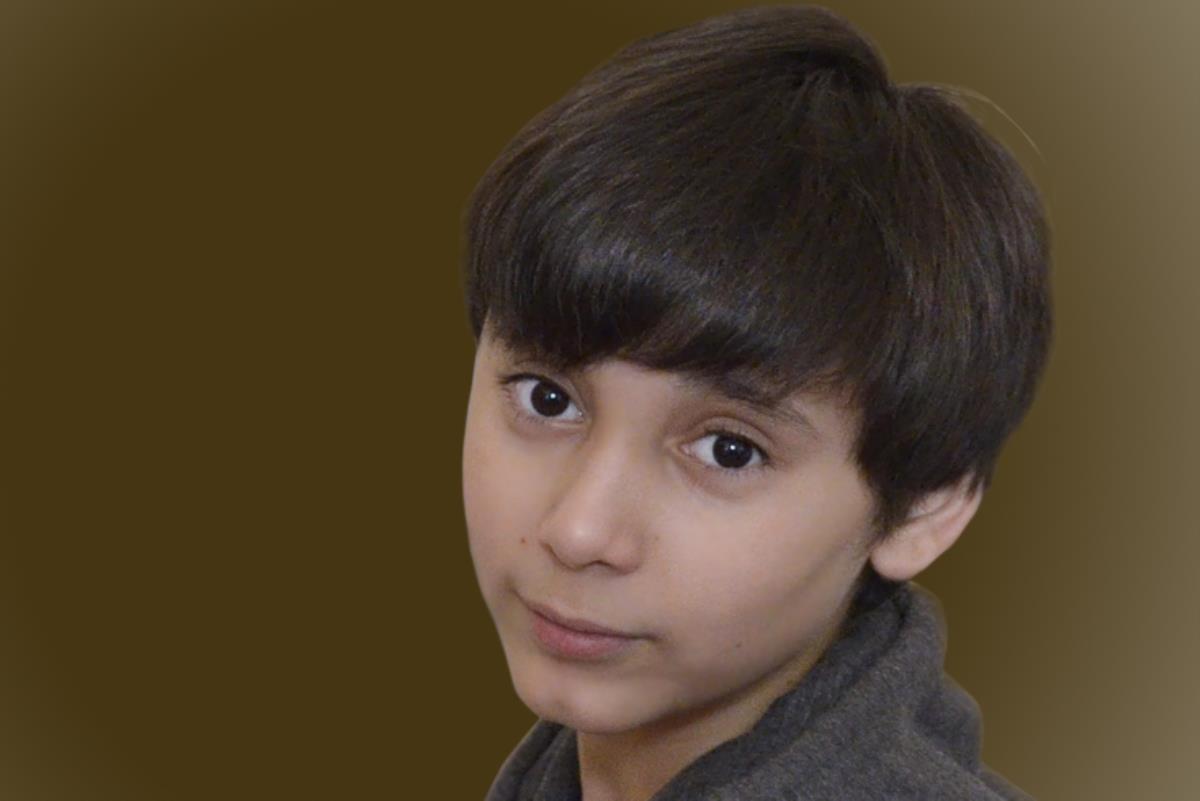 Timur was born at February, 2003 in Tashkent. Pupil of the Tashkent specialized school №103 with a mathematical bias. He has an interest in athletic dancing, swimming and table tennis. He participates in the show of Youth theatre of Uzbekistan "Constellation of Omar Khayyam" in a role of a Daoist-Boy; with great pleasure participates both in festival and celebrations events of the theatre and in creative actions in his school. He is winner of Literature Reciters Contests in 2014 and 2015; studies innovation technologies, has opened his own channel in YouTube and hosts it.

Fragments from the show of the Youth theatre of Uzbekistan "Constellation of Omar Khayyam". In a role of a Daoist-Boy – Timur Abdurakhmanov.
The appearance with a poem "Don’t’ offend your mothers!" on the theatrical celebration devoted to International Women’s Day of 8 of March.
The rehearsal and appearance with a poem "Heath Honey" on a school Literature Reciters Contest.